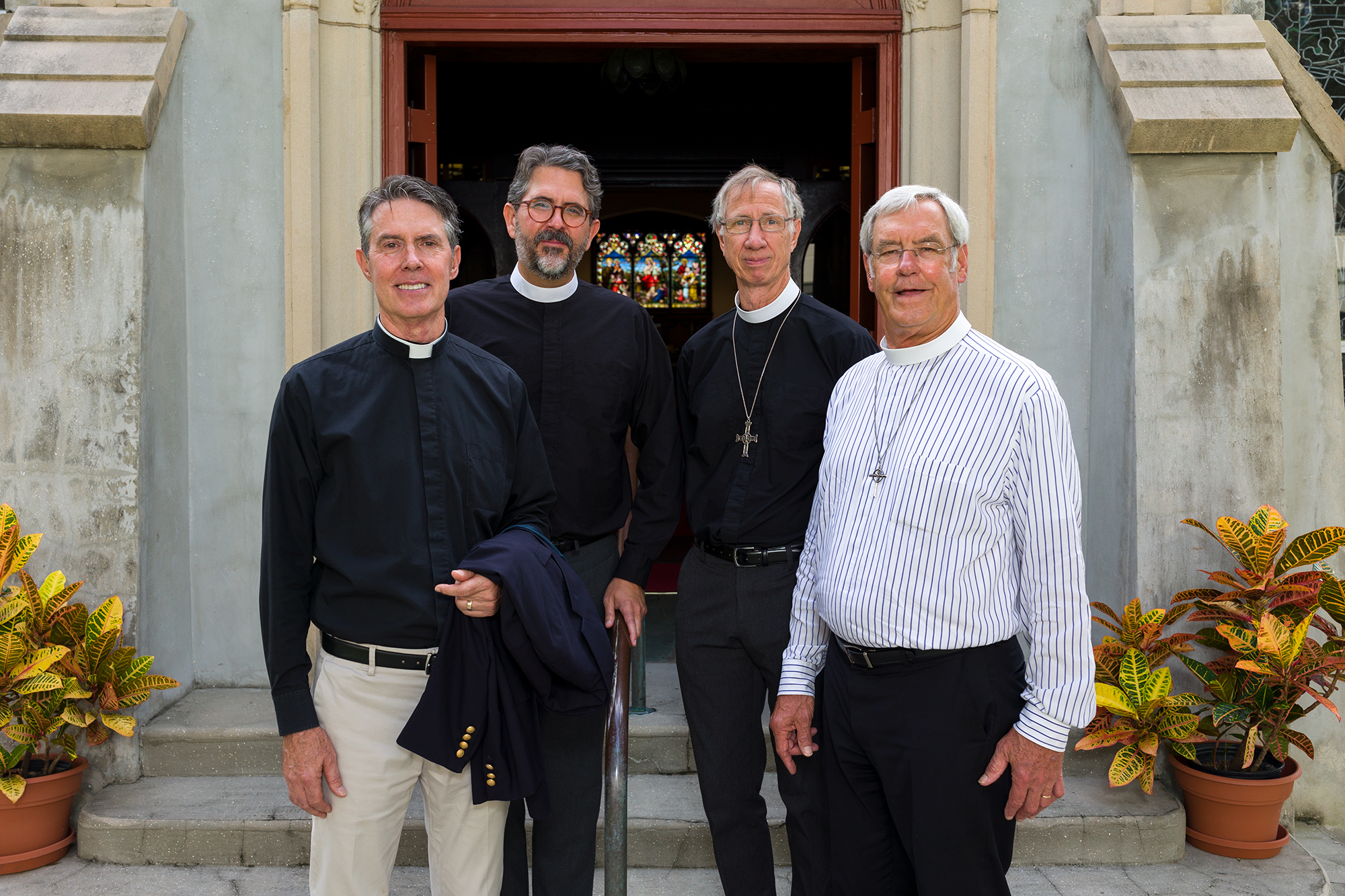 An adolescent atheist turned Episcopal priest, Matt likes to drink coffee, talk about Jesus, and will shamelessly invite himself aboard your sailboat. Matt has been rector of Trinity since April Fools day, 2019. Also on Matt’s resume: Basketball coach, history teacher, recovery planner, Young Life Area Director, summer camp program architect, youth/young adult director for the Diocese of Arizona, seminary instructor, church planter, consultant, and ballboy for the Phoenix Suns. Each of those experiences has left him more in wonder at the grandeur of the One who made us and calls us home through the cross and empty tomb.
Matt and Kari have two grown children, Gabrielle and Luke, who love God and his church.
Matt blogs at thegospelside.com.

Curt attended St. Andrews Episcopal Day School, graduated from The Episcopal School in Jacksonville (Go Eagles!), and went on to Florida State (Go ‘Noles!). After college he led a university ministry in Timisoara, Romania, then returned to the States for seminary at Southeastern Theological in Wake Forest, NC. After seminary Curt and Michelle moved to Atlanta, where Curt was on-staff at a large regional church, ministering to teenagers and parents of teenagers. He then answered the call to plant a new church in the Vinings neighborhood of Atlanta, where he served as Rector for ten years.

Curt and Michelle have three children – Samuel 15, Virginia “Ginny” 10, and Margot 4, who were all born in Atlanta.

Michael is a pianist, organist, conductor, and life-long church musician. He grew up in Southern California and the Upper Peninsula of Michigan (culture shock much?) before heading to North Park University in Chicago to complete a degree in piano performance. He went on to obtain the Master of Church Music degree in Organ Performance from Concordia University Chicago, and is currently pursuing a doctorate in worship studies at the Institute for Worship Studies in Jacksonville.

An active and sought-after musician of unique versatility, Michael’s musical endeavors have taken him across the United States and Europe. He has held positions with the renowned St. Charles Singers, the King’s Brass, and the Charleston Symphony Orchestra Gospel & Spiritual Ensembles, among others. He is a passionate advocate for music education, and has been influential in the founding of several parish-based community music schools. As a worship leader, he desires nothing more than to use God’s gift of music as a vehicle for the Word of God that brings people to saving faith in Jesus Christ, and to edify the church in their walk with Him.

Fr. Ken came to Trinity in July 2009. He is married to Elizabeth and they have a son Anthony who lives and works in Southeast Florida. Fr. Ken has a Masters of Sacred Theology from St. Vincent de Paul Regional Seminary in Boynton Beach, FL and a Masters of Divinity from The School of Theology at The University of the South in Sewanee, TN where he received The William Porcher DuBose Excellence in Preaching Award.

Prior to ordained ministry, Fr. Ken taught high school theology at his alma mater, Cardinal Newman in West Palm Beach where he also served as Department Chair. Prior to Trinity, he served three years as a Curate at St. Mary’s, Stuart and twelve years as Rector at St. Margaret’s, Hibernia. 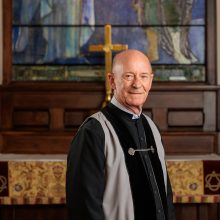 Courtney has enjoyed varied careers in the sacred music, museum, antiques, and military world. As an historian he enjoys studying the early Christian church, Anglicanism and liturgy. He and his wife Leslie are both cradle Episcopalians and enjoy traveling and serving in a number of ministries at Trinity Parish. Having spent many of his varied careers in leadership roles, Courtney is blessed to be a servant as the Verger of Trinity Parish. 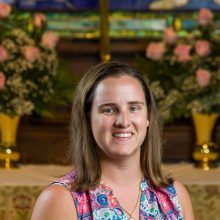 Director of Youth and Children’s Ministries
Email Me

​Having joined Trinity in 1999, Jouana grew up in the church and by high school, she knew she wanted to be a Youth Minister. Since 2009, Jouana has been in this role and loves watching Trinity’s youth grow in the faith all while having fun! Jouana also enjoys spending time with her husband, Josh, daughter Evelyn, their two pups, and has a love for anything outdoors. 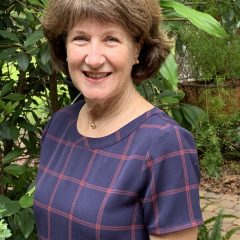 Spiritual Director
Email Me
​
Born and raised in Jacksonville and came to St Augustine to attend Flagler College. She and her husband Barnes began attending Trinity Parish in Fall of 2019. They have 3 children and two grandchildren. Both are retired public school teachers. Sheryl loves to read, travel, experience the outdoors, and spend time with friends and family. She received her training to be a spiritual director in a three year program at The Audire Central Florida Foundation for Spiritual Direction.
As a spiritual director, Sheryl offers sacred space for holy listening where both people listen to God together. If you are in a season of spiritual questions, discerning God’s direction for your life, or desiring a deeper connection to the Holy Spirit, she would love to talk with you about scheduling a holy listening session. 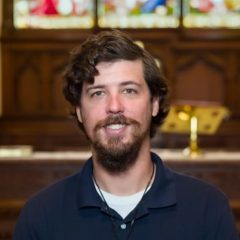 Sound Technician
Email Me
​
A jack of all trades, Clay has done a bit of everything. Anything he hasn’t done, he is quick to pick up. His passion is making things sound good, especially music. Growing up in Orange Park, he was in Jazz Band in high school, and got a Bachelor’s degree from Full Sail in Orlando for Recording Arts. Equally at home in a recording studio, control room, or live setting, Clay has crawled, climbed, and squeezed into the tightest spaces all in the name of sound. In 2020, Clay was about to move to LA and then COVID hit, landing him in Saint Augustine. He was blessed to have met Dan Bagan, who introduced him to Trinity. The rest is history… 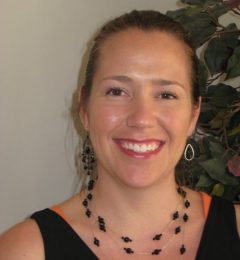 Video Technician
Email Me
​
Amanda, a member of Trinity for 10 years, is married and home schools her three children. She is fascinated by Science and loves to see God reveal Himself through the stories and studies of His Creation. She loves to travel and has traveled to over 40 states and 3 continents. Her goal is to visit all 50 states with her family. 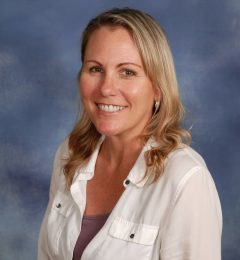 Parish Administrator
Facility Rentals
Email Me
​
Susan came to Trinity as the Office Administrator in 2009. She holds a degree in Computer Science from Florida State College. Susan and her husband, Brian, love to spend time sailing and is a founding member of the St. Augustine Sailing Sisters, an organization that helps victims of domestic violence through women’s sailboat racing fundraisers. Susan also has a daughter attending the University of South Florida. 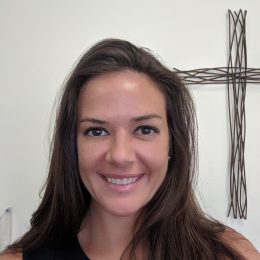 Director of Finance
Email Me
​

Meredith brings a background in Episcopal church finance and management to Trinity with experience supervising staff, HR, strategic planning, annual pledge campaigns, development, and legacy. In her spare time, Meredith enjoys doing anything outside, as well as spending time with family and her corgis, Augie and Bart.

Born and raised in South Florida, Kelly and her husband Rick moved to Orange Park in 2005 where they raised their two children (Kaitlyn 26 and Daniel 28) and did Financial work for a non-profit community center in Mandarin.

Rick and Kelly have called St. Augustine home since 2015. In her spare time she enjoys our beautiful beaches, hiking, visiting National Parks and time with family. 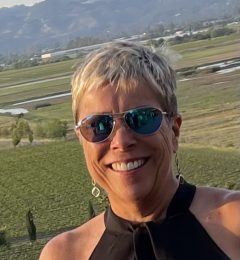 Director of Parish Engagement
Email Me

I am a retired dentist of 30 years. I practiced at the Jersey shore and in St. Marys, GA. My husband Anthony & I have lived in St. Augustine full time since 2018.

We have have a 1 yr old miniature red poodle “Jazz”who keeps us very busy! We are huge Smooth Jazz fans and enjoy travelling on Jazz cruises worldwide.

We love spending time at the beach or in the mountains ( when it’s too hot here!). My other hobbies include running, biking, playing the piano and yoga.

I look forward to working with everyone at Trinity Parish. 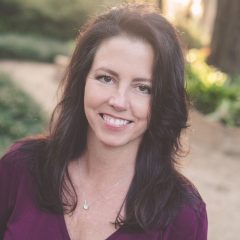 Preschool Director
Email Me
​
Tammy has been at the Trinity since 2004. Originally from North Carolina, Tammy moved to Florida 20 years ago. She and her husband will be celebrating 23 years of marriage and have two teenage children together. Tammy enjoys gardening, reading and spending time with their black lab named Bailey. 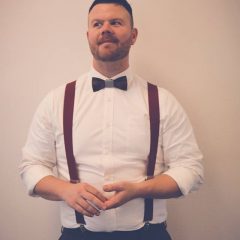 Maintenance Tech / Sexton
Email Me
​
My wife, Crystal, and I have been involved in bivocational ministry for the last 20 years, here in St. Augustine and in Wales UK. It’s given me a pretty handy set of skills from metal working to irrigation. We have 4 children (Charlie, Ollie, Cora, and Deacon) and we are all addicted to lego. I love telling the stories of the Bible and I’m falling more in love with Jesus, the church, and church history everyday.